The following is copied directly from the ‘About UEFA’ page of the official UEFA website. I’m just going to park it here for a while. I have highlighted some segments in bold font, and we’ll return to them in a while:

OK – so here’s where I’m going with this: we here in Scotland have grown accustomed to a feeling of injustice when it comes to our clubs – well, Celtic in recent years – having to walk the early season tightrope of  previously three, and now four, two-legged qualifiers just to reach the Champions League Group Stages.

We have been brow-beaten into grudging submission, force-fed the notion that our clubs, Celtic included, don’t bring enough money to the altar of UEFA. (I’m the last person to defend Celtic, believe me, but I dispute that assertion in their case.)

But this isn’t just about our National Champions. It’s about the Champions of all the fifty four countries who come under the unwelcome umbrella of the governing body. It’s about The Champions League!

(There are actually fifty-five member associations, but Liechtenstein don’t organise a national league.) 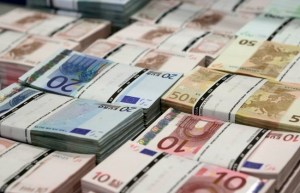 It IS about money, though. Of course it is. I understand that. But what irks me, is that I feel by administering the competition in its current format, UEFA are blatantly neglecting some of the core aims and responsibilities as outlined in their own mission statement as illustrated above. Principally, ‘to promote football in a spirit of unity … without any discrimination on the part of … or any other reason.’ And then there’s the crux of the matter:  ‘support and safeguard its member associations for the overall well-being of the European game.’

OK – so how is running a virtual closed-shop aiding the overall well-being of the European game?

How does forcing Diddy United play a two-leg qualifier against FC Minnows (who as National Champions, are the best their countries have to offer) going to benefit either the clubs themselves, or the European game in general? What’s to gain for either C de F Unpronounceable or Spartak Neverheardov meeting in the second qualification round? Yes, one or two may, with good fortune, qualify for the Group stage, from where they will quickly be dispatched by a team that could only manage to come second, third or even fourth in their domestic league.

No. Enough. I’m not having it.

Surely the best way to progress the game is to allow the ‘lesser’ teams to learn from those of global stature, and share the money-pot more equitably.  Remember, all today’s superstars only achieved what they have, by competing against better players than them during their development.

So, here’s what I propose:

1) each of the fifty-four participating associations enters only their previous season’s league champions;
2) the fifty-four teams are seeded by UEFA on their individual merits,, and not their country’s co-efficient. (Easily done – bookies effectively do it every week; big tennis tournaments do it, etc..)
3) the teams are split into nine groups of six. This will effectively give three ‘decent’ teams and three ‘lesser’ teams;
4) after home and away ties, the top three qualify for the next round, together with the five ‘best losers,’ in the same way as is determined for World Cup / Euros qualifying groups;
5) this gives a round of thirty—two. Again, the teams are seeded for the draw;
6) progress through the various knock-out, two-legged rounds to the Final.

Granted, a team such as Real Madrid would still win overall, but others like Spartak Neverheardov would at least have had the chance to play some of the big guns.

As I see it, here’s the potential benefits:

a) All competing teams will reap the financial benefits. The rich will still get richer, but so will the lesser teams, who even if knocked out at the first group stage, will have had money spinning ties with a couple of Europe’s bigger clubs;

b) the lesser teams will have the chance to learn from experiencing both playing and the overall set-up of the bigger one. The ‘glamour’ teams may complain about having to play some wee team from the Faroes, with very basic facilities, on a foggy November night, but in other sports such as tennis and golf, players have to adapt to varying conditions and surroundings;

c) the group stage would have a greater element of competition than now, when generally one team is easily cut adrift, two easily qualify and the other happily settles to drop down to the Europa league. By having three qualify from the group, each of the three ‘smaller’ clubs would have a mini-group battle. Also, prize money from UEFA would incentivise the smaller ones to win what would have been seen previously as meaningless matches;

d) to win the overall Champions League this year, a Barcelona or Manchester City will have to play a total of thirteen games, whereas Spartak Neverheardov will have to play twenty-one! (Unless a team comes from Gibralter, Andorrra, San Marino or Kosovo, in which case add yet another two matches.)
Under the proposed system, any team who goes on to win the Champions League trophy will play nineteen.

Yes – it’s a lot of games, but most will generate healthy revenues.  And the present so-called ‘big’ teams are the ones who are best equipped to cope. Also consider that presently UEFA demand teams like Celtic play eight qualifiers, plus six group matches and then, whether they drop into Europa League or not, at least yet another two matches (unless they finish rock bottom of the group.) That’s a minimum of sixteen, only three less than it would take them to win the whole damned thing under my proposed structure.

I don’t for one moment suppose my suggestion will reach the decision-makers in Nyon. If it did however, I’m guessing those clubs / associations with a vested interest in the present set-up would submit a counter proposal:  that the UEFA mission statement be re-written but this time omit, amongst others, the words ‘support and safeguard its member associations for the overall well-being of the European game.’

And that’s just not fair.